We support current owners & those interested in harness racing by providing comprehensive information about the Breeders Crown Series.

We strongly advocate the use of only proven stallions & mares in our breeding in order to continually improve the quality of our horses. 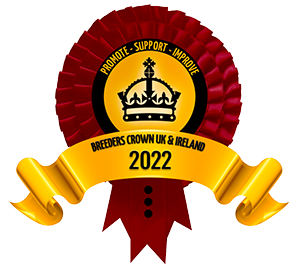 The Breeders Crown UK & Ireland will be held at Tir Prince Raceway in North Wales  in 2022, finals for all age groups will be held a little bit again this year on 27h August. This family friendly venue provides excellent facilities & a full half-mile, floodlit hard track.

Harness racing was traditionally on grass tracks however as the sport has increased in popularity there are now four hard or all-weather tracks in the UK – Amman Valley & Tir Prince in Wales, York Raceway & occasional meetings at Wolverhampton Race Course in England. Annaghmore in Northern Ireland & Portmarnock Racetrack in Dublin make up our Emerald Isle tracks & last but not least, Corbiewood in Scotland.

Stakes racing can seem a little confusing at first. Essentially fees are paid to become part of, remain eligible to – & race within the series. These fees make up the prize fund which is split between the different racing groups. The money for stakes racing is huge in comparison to any other juvenile racing & is penalty free when you race within the series. It’s up to you how many you choose to enter!

For Breeders Crown UK & Ireland this means breeders nominate their stallion with a fee which ensures all resultant foals are eligible to race. Foal owner fees (likened to a registration fee) are combined with stallion owners nomination fees & added to the series prize fund. This fund is split between different genders & age groups – 2, 3 & 4yo colts & fillies. The more horses in each age group, the greater the prize fund. Managed by Breeders Crown UK & Ireland over £220,000 in prize money has distributed to date & with funding from sponsors & tracks this figure is rising every year!

The BHRC Sire Stakes conditions are similar to Breeders Crown UK & Ireland & are open to British bred horses. BHRC operates under their own conditions. Sire Stakes Ireland is open to horses bred in Ireland & the UK by stallions nominated into their program. The Welsh Dragon Series was originally developed as a grass championship race for 3yo’s at Tregaron Trotting but now encompasses races for 2, 3 & 4yo British bred & imported horses. Again, their own conditions apply. The Vincent Delaney Memorial Race is open to home bred & imported 2yo horses & has numerous sponsors. For conditions please visit The Vincent Delaney Website. 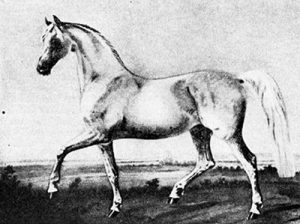 It began with a horse foaled in 1780 called Messenger(GB) an English thoroughbred stallion. Messenger was a grey by Mambrino (GB) which traced back to Blaze (GB) the father of trotting horses. In May 1788 Sir Thomas Benger imported Messenger to Pennsylvania, USA where he was bred throughout Pennsylvania, New York & New Jersey. The mares he bred were not of the highest quality, but even so he proved himself a superior stallion siring a great many successful race horses. Messengers daughter Millers Damsel (also known as The Queen of American Turf) gave birth to the horse his breeder named American Eclipse, who turned out to be a world champion. He was not only a great sire of thoroughbreds but also the founding father of the harness breed (modern day American Standardbred) through his great grandson Rysdyk’s Hambletonian 10 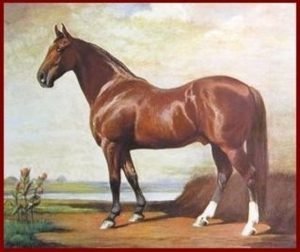 There were numerous Hambletonians, but this one in particular was the founding sire of the American Standardbred, virtually British bred, thrice inbred to Messenger (GB) out of a mare bred by Bellfounder (GB) an imported Norfolk trotter. Jonas Seeley the breeder of Hambletonian 10 had a hired help by the name of

William Rysdyk who cared for the mare & foal. Rysdyk became so attached & convinced that the foal one day would make a great stallion, he asked to purchase it along with the mare. Seeley finally agreed & took $125 for them both. Hambletonian 10 was an unusual build, being low at the withers (15.1 1/4hh) with height at the croup (15.3 1/4hh) This length of hind leg did however provide a great deal of thrust with each stride & he passed both characteristics on to all his offspring.

Our primary aim is to encourage quality breeding in our sport, only by using the best mares & stallions can we continue to improve our racing horses. Breeders Crown UK & Ireland provide a Featured Stallion website listing for nominated stallion owners, which showcases stallions at stud & offers mare owners the opportunity to select stallions who will best improve on their mares.