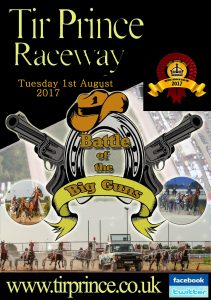 What a 2 day meeting this is going to be on Monday 31st July and Tuesday 1st August at Tir Prince Raceway!

Apart from all the heats for 2 year olds and 3 year olds on Monday 31st July there will also be The Crock of Gold Heat 3 taking place with the following runners;

Stick around after racing for karaoke in the bar.

On to Tuesday evenings racing , and  get set for  Breeders Crown 2 Year Old , 3 Year Old and 4 Year Old Finals. The night  will also feature an American Drivers Championship, 2 Le Trot races for 3 year olds and a Big Guns race.