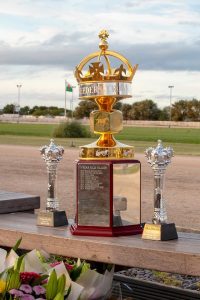 Well, I think for our first year of staging Silver Finals, it was a great success. Far from being consolation races, the horses that competed were made up of horses that missed the Gold finals through no fault of their own, and those who raced in the heats but did not manage to qualify for the Gold final. The colts Silver final, in fact, went a second faster than the Gold, and the fillies Silver less than a second slower than the Gold final. They all improved and the two Silver finals were very competitive. This is all adding up to some thrilling competitive racing for the 3 year olds next year.

We are taking entries for yearling now. Don’t miss out being part of this great event.